With heavy hearts we announce the sad news that Blossom has died. She was the first “rodeo” for many of the grandchildren. We are indebted to Michael and Anna Mullins who so generously gave her to us many years ago, shortly after we lost Eeyore. Recently we noticed that she was hanging around the barn more than usual. She had very graciously acted as nurse and kept Kildare company during his quarantined convalescence following his Thanksgiving near-death trauma – he had impaled himself on a T-post during a wind storm. Then a couple of days ago Neal found her down in the barnyard, unable to get up. Our wonderful vet, Jeff Nibb, came out immediately and gave us the unwelcome news that there was nothing to be done. Neal very kindly arranged for her burial so now she is with Tumbleweed, Lady Bug, Ti Femme, Thistle Down, Sweet Rocket, Dusty, Dusty Miller and the others. We will miss her! 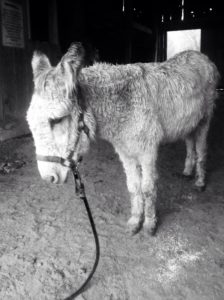 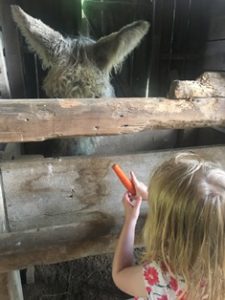 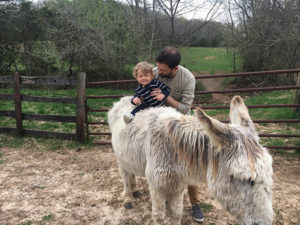 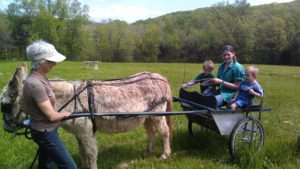 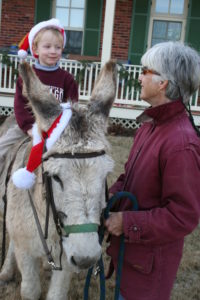 On many occasions Blossom was a featured guest and attraction. One such especially memorable event was the Polk Mahaffey Picnic in May of 2008. For a re-run click here…

We had hoped after her miraculous rescue last January that we would have her for many more years, but it wasn’t to be. That adventure is recounted here in case you hadn’t seen it.

A lovely but appropriately sad performance will finish this posting. Here you have Blossom Dearie doing a classic Tea for Two.

This posting acknowledges the loss of two of the family’s beloved senior members, V. William Hollo (age 71, August 5, in Palm Desert, California) and Ray Salter (age 81, September 13th, in the UK). Bill and Ray shared much: dry humor, wit and utter lack of self-promotion. In the end both faced formidable illnesses and did so as models for the rest of us. Most of us have by now seen their obituaries but I want to add brief personal comments. For Bill, two things not widely known outside the circle of his close friends bear mentioning. First, his stellar athleticism. He led the varsity football squad throughout his high school career at SLU, where the level of play is the highest in the region and the A side is typically limited to seniors. And much later in life, Bill played the central role in the development of a first class EMS organization in St Clair. This he accomplished not only because of professional skills but also, and perhaps just as important, because of the great respect that he enjoyed from his colleagues and subordinates. Ray like Bill did not suffer fools gladly, yet, owing to his lack of excess self-regard, he had the delightful ability to engage wholeheartedly in drollery (see the second photo of Ray below). In 2006 we had the privilege of an unforgettable Far East trip with Alicia and him. Ray’s rapport with and kindness to our Burmese guide, both during our stay and in subsequent years, was endearing and characteristic of the man. 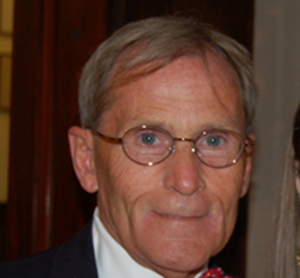 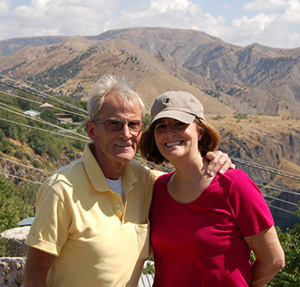 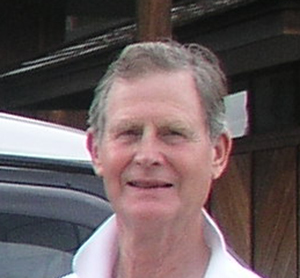 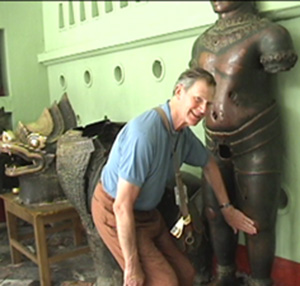 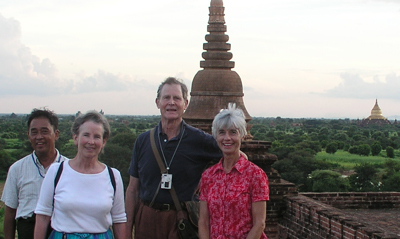 We were blessed to have had these men in our presence and we will miss them dearly. Sarah and Alicia are in our prayers. Both have acknowledged their appreciation of the family’s cards, flowers, sympathy and support.

We have some sad news from the UK. Alicia Salter reports that on Oct 6 Charlie Petre died peacefully in his sleep. Here is Alicia’s correspondence for the family:

I have some sad news to tell you as Charlie died very peacefully in his sleep early on Monday morning October 6th. It was a very merciful death. As I think you know he suffered a stroke 18 months ago, unfortunately a serious one and, although he could walk perfectly well and looked exactly the same, he never regained his speech. He did however recognise people and his response to any greeting was to raise his eyes to heaven!

He suffered a heart attack about three weeks ago and of course they could do nothing and he returned home again about ten days ago. By this time he was very weak and slept most of the time.
Mel has been absolutely amazing and has been a tower of strength. He has been nursed at home for nearly a year with 24 hour care in a beautiful room with a lovely view over the garden and all the dogs scampering about. He certainly appreciated his comfort but was pretty obstinate when it came to any therapies refusing very often to even try. To get him into a wheel chair so he could participate in any happening was a major difficulty. But then of course he loved itâ€¦.

Mel has slept next door in the Drawing Room so as to give the nurses a good nightâ€™s sleep and has always been there if one went to visit to ease the visitorâ€™s path. She was determined he shouldnâ€™t die in hospital and has been so patient keeping everyone happy, often in a fraught situation.
The funeral is on Friday October 17th at Hook which is the church Granny Chichester built in 1956 or so. All the Petres have worshiped there for many years and it is the church Ray and I got married in.

Here is a nostaglic flashback, a photo of Lemoine Skinner speaking with Charlie (to left) and the other Petre ‘War Orphans’ (Rocky and Alicia) at Lemoine and Grizelda’s wedding in 1941. 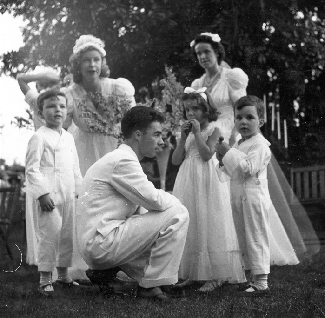 Thank you Alicia for notifying us about this loss. We extend our sympathy to Mel, Fenella, the entire Petre family and all the English cousins.

As this posting’s title suggests, there is also some good news as well as sad. We announce the eagerly anticipated arrival of a new clan member, indeed another Sarah Eliza. This time it is a Sarah Eliza O’Toole. She is reported to have arrived rather hurriedly at 7:30 PM on September 29 at the Wexford General Hospital.

Nothing new, same old thing, standing room only. A line, three abreast, out the door onto the parking lot. Just like Crushed Red for lunch, just like his Gaslight Square Theater soliloquy appearances. This time, on Friday May 9, the crowd was at Congregation Temple Israel, where over 1000 friends, colleagues and his extended family gathered to honor and mourn the sudden and unexpected loss of this extraordinary man. This was indeed a beautiful ceremony, officiated by Rabbi Amy Feder and Rabbi Michael Alper. 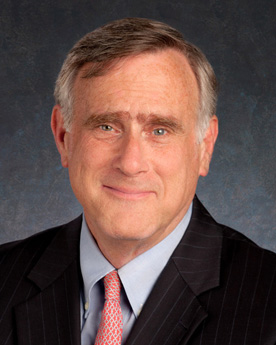 Ralph Kalish (September 6, 1950, May 4, 2014) was a dedicated husband and father – at his memorial Eleanor, his wife of 34 years, and their three boys (Manning, Powell and Graham) gave warm, humorous and moving recollections of Ralph. The closeness of this family was palpable. The number and diversity of those coming to pay their respects was indicative of Ralph’s myriad interests, talents, and numerous friendships. He was not only a great patent lawyer but also a gifted actor, playwright and a successful restaurateur. All of these things are well known. But there was yet another aspect of Ralph not knowable outside the family – how fully he embraced this extended family of ours. When his sudden death occurred I was putting together some photos of this year’s Easter-Passover gathering at Moone Athy. As those of you who attended know, this was a sublime event – perfect weather, delicious food. And it was Eleanor and Ralph who made it so. It was their turn to ‘do the duty’, and as always, it was done with their usual enthusiasm and taste.

Ralph’s vision was always directed upwards. As an actor and/or playwright, when he settled upon a life to extol it would be a life that, like his own, left the world a better place. Hence his choice last year of Branch Rickey. 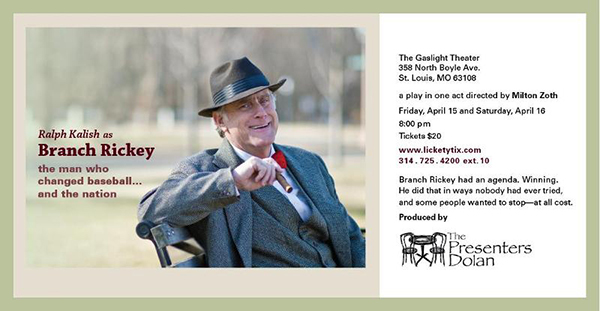 Rickey was the St Louis Browns and later St Louis Cardinals manager who went on in 1945, as president and general manager of the Brooklyn Dodgers, to begin the integration of baseball by hiring Jackie Robinson. On the Easter Sunday one week before his death Ralph told me of the next project he had in mind – to depict on stage the character of Angelo Roncalli (later Pope John XXIII). Roncalli was noted for his efforts to reach reconciliation between Jews and Catholics. He had during WW II done much to rescue many Jews from the Holocaust in Hungary, France, and East Europe. Alas, another home run by Ralph was not meant to be. He will be greatly missed by the entire family that he so embraced, a family that benefited so much from him.

The family extends its condolences to Laurence and Clare O’Toole with the sudden loss Jan 03, 2013 of Laurence’s father Patrick of Ballaghclay, Clonmore, Carlow. The extraordinary turnout of friends and neighbors that Clare reports is indicative of how loved he was in his community. Those of us that met Patrick at the time of Clare’s wedding can well understand this, and I am sure he took great pleasure in the arrival late in life of his grandchildren Darren and Maeve.

In late December Eleanor Withers received notification from Tom Cartwright in the UK about cousin Rocky Petre who early in December suffered a serious stroke. Early on survival was in question but Eleanor kindly forwards this encouraging update from Tom:

Thank you Eleanor. I am pleased to say the prognosis has improved, as has Rocky. They now expect him to survive and to make sufficient recovery to return home eventually.

He is still paralysed on his left side. However he is starting to get some movement in his left leg. They think he may get enough movement back to be able to walk again with a frame ultimately, which will give him some independence. He may never get much use out of his left hand or arm, but nothing is certain.

His speech is pretty good as it was the right side of the brain which was affected by the bleed (and the left side governs speech) and the doctors are amazed at his lucidity.

It could be several months before the extent of recovery is clear, but it is much better news for now and so we are all enjoying 2013 a little more. Rocky is pretty determined and is aware of what lies ahead to get better.

On a brighter note, the family celebrated Charlie and Mel’s Golden Wedding anniversary on Sunday.

I hope you are all well and best wishes for the New Year to you all. I will let you know of developments in a few weeks.

This is indeed more encouraging – thanks Eleanor for your updates

The year’s end was predictably hectic here at the headwaters, and there is much to report. I hope to post a few snapshots from Thanksgiving at Moone Athy which Aunt Sarah Fehlig deftly and deliciously coordinated for us. Other subsequent excitements such as Ed and Sarah Fehlig’s 50th wedding anniversary celebration, a Claiborne Pentland’s nephews/nieces Yuletide Dance Fandango at the Quick’s, the annual gingerbread house construction party at the Law’s – to mention but a few happenings – will also (D.V.) be covered. Try to contain yourselves until then…

The extended Chambers’ family sends Kim and David Pentland our sympathy on the loss of Kim’s mom Mildred who died on July 27th. Kim and David cared for Mildred at their home during the past several months, providing for her during her difficult final illness the same kindness that Kim provided her for many years owing to Mildred’s chronic disabilities. We admire you both Kim and David, and our thoughts and prayers are with you.