Celebrating St Louis and Other Things Too 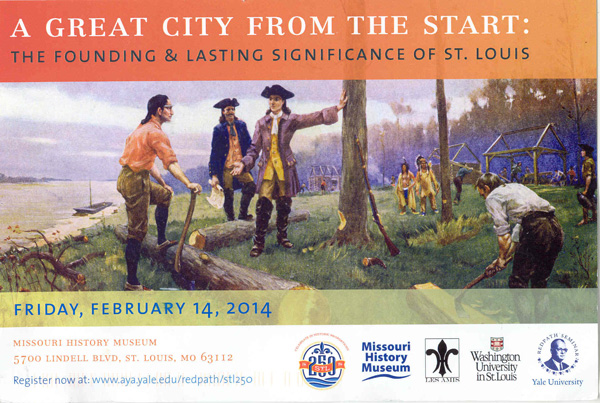 St Louis this year celebrates the 250th year of it founding. As a part of this celebration, Washington University, The Association of Yale Alumni, and the Les Amis organization together are sponsoring a day-long symposium on Friday, February 14th, at the Missouri Historical Museum, 5700 Lindell Blvd, St Louis Mo 63112. Sign up and mark your calendars because this promises to be a fun opportunity for us to get together and learn more about our rich cultural heritage.

The program will feature discussions about our city’s founding by historians from across the US with expertise in our French and Spanish heritage. Included in the list of participants will be Yale’s Jay Gitlin PhD and our own Clay Skinner PhD from the Illinois Mathematics and Science Academy. Attendees will include European and Canadian ambassadors and Chief Red Eagle from the Osage Tribe. Luncheon at Washington University and/or dinner at Windows on Washington will be provided to registrants.

RenÃ© Auguste Chouteau, Pierre Laclede, and John and Bryan Mullanphy are but a few of the prominent figures in our city’s history with whom family members and friends have a connection. So this should be a fun and informative event and we hope that some of you will take the opportunity to attend. For reservations you may contact Diane Morrissey at diane.morrissey@yale.edu, or call her at 302-432-1946. You may also register on line at www.aya.yale.edu/redpath/stl250. 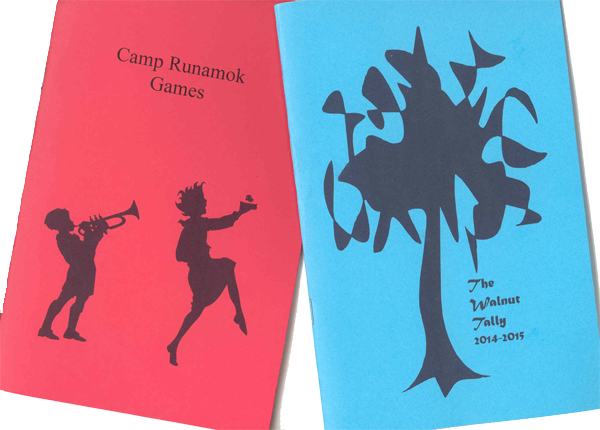 Another THANK YOU CYNTHIA is due to Cynthia Cromie whose most recent Walnut Tally has just arrived in the mail. This is a huge undertaking, beautifully done, that is an indispensable desktop tool that the whole family relies upon. What a gift. Included in this year’s mailing is another gem, Camp Runamok Games. As Cynthia notes in the preface,

“In Cromie family folklore, Camp Runamok is convened whenever and wherever there are more people who have an urgent need to run around than people who do not”.

As can be imagined, this condition pertains more often than not in the Chamber. The history of Runamok is detailed in the publication for your edification. A classic, full-fledged Runamok was recently experienced at one of the family haunts, Hessel MI. Link here to witness first hand a Runamok, and you’ll quickly get the (painful) idea. This booklet provides all the rules needed to set up and, more importantly, referee multiple diversions for the youth so as to fully realize a Runamok for yourself. Thanks Cynthia for your Sisyphean efforts on all our behalf. 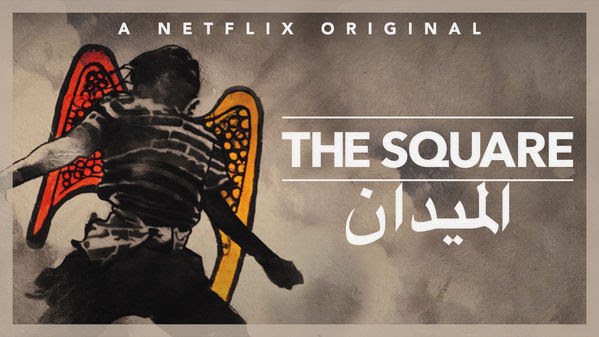 To cap things off we have another terrific success by Gin Cromie. Her movie, The Square, which we noted in a posting previously here,
is now available on Netflix. As noted in the Netflix write-up:

“Nominated for the 2014 Academy AwardÂ® for Best Documentary Feature, this critically praised documentary chronicles the history-making revolution in Egypt that captivated the world with scenes of courage and freedom in the face of violent opposition.”

This of course is big. We now have an Academy Award nominee in our midst. We’ll claim her, no problem. Congratulations to Gin!