Kudos are * in order for two of our membership, both owing to major accomplishments in studies in the arts of antiquity. First we congratulate Alicia Salter, M.A. (Oxon) M. Phil (Bath), on the publication of her new book “Four Emperors and an Architect – How Robert Adam rediscovered the Tetrarchy”. Here is the synopsis from her website: 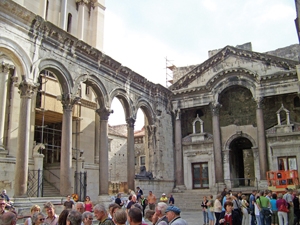 With the fall of communism, the Balkan Peninsula is now an exciting place for tourists and scholars to visit and among its previously hidden gems are the remains of the palace of the Roman Emperor Diocletian (AD 244-312) in Split, Croatia.

Fourteen centuries later, Diocletian’s palace made a huge impression on an ambitious young architect, Robert Adam, who heard about it while on his Grand Tour. Although his visit to the palace was made difficult and cut short by the ruling Venetians, who suspected him of spying, it did not stop Adam, seven years later, publishing his monumental and highly successful work, The Ruins of Spalatro (as Split was then known), which confirmed him as a rising new talent.

This book tells the story of Adam’s rediscovery of the architecture of the Tetrarchs and how Diocletian’s palace inspired features in some of Adam’s most famous houses, such as Kedleston, Syon and his ill-fated Adelphi development in London. Woven into this tale is the intriguing and little-known history of the Tetrarchs themselves, the four emperors, who ruled harmoniously as colleagues for twelve years and left us with an extraordinary architectural legacy. 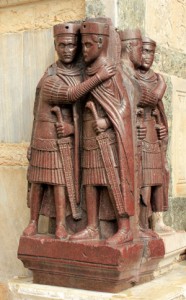 I have long admired Nick Salter’s knowledge of architecture, and now I understand how he came by it. We look forward to learning more about this period and the architect that it influenced.

Our second antiquarian, Zellie McClelland, just completed her doctorate in Classics, Art History and Archeology at Washington University. Her dissertation, “Constructions of Childhood on the Funerary Monuments of Roman Athens” discusses the artistic evolution of representation of childhood from the Classical through the Imperial periods, and the implications about changing societal views of childhood during this time. Here are some representative illustrations from her work: 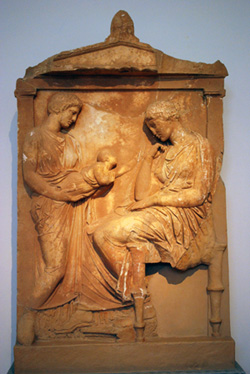 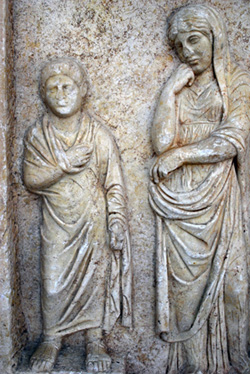 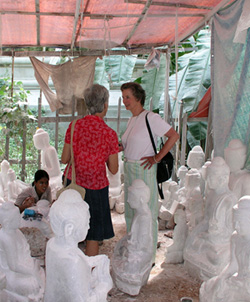 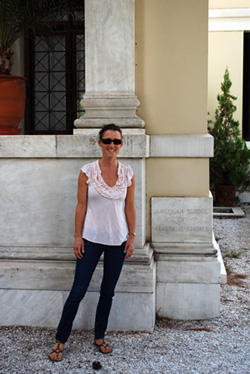 Alicia’s book can be purchased (20 pounds + 3.50 pounds P&P). Email her at alicia@aliciasalter.com for details. We again take vicarious pleasure in the accomplishments of our clan members!

*[Greek kudos, magical glory.]
USAGE NOTE Kudos is one of those words like congeries that look like plurals but are etymologically singular. But as Calvin Gatch points out it takes a plural verb!
Thanks for the education Calvin!
(Read more: http://www.answers.com/topic/kudos#ixzz2UhUPwwek)