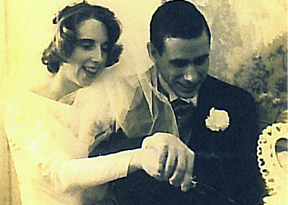 Two terrific gatherings capped 2012 in St Louis, the first a spontaneous eruption celebrating Bill and Heather Pentland’s arrival for Christmas, the other a celebration of the Golden Wedding Anniversary of Sarah and Ed Fehlig. With due deference to seniority today’s posting will cover the latter.

One sunny Sunday morning in 1961, outside the St Thomas More Catholic Church in New Haven, a gleeful Calvin Gatch happily announced the news flash that his sister Sarah was engaged to be married. The lucky gentleman? Edward Fehlig. Fast forward some fifty years and it is ‘Nice to Remember’. On Dec 29th, at their home at #16 Washington Terrace, a large gathering of Sarah and Ed’s numerous friends gave tribute to this wonderful couple. Reflecting their special interests, there was much music and a good deal of Spanish and French to be heard. BTW, did you know the family has a jazz cellist? Adrianna Tatum starred at the party as she accompanied her Uncle Eddy, Lory Ellebracht, and Great Uncle Bob in rendering some traditional favorites. The musical genotype carries on. 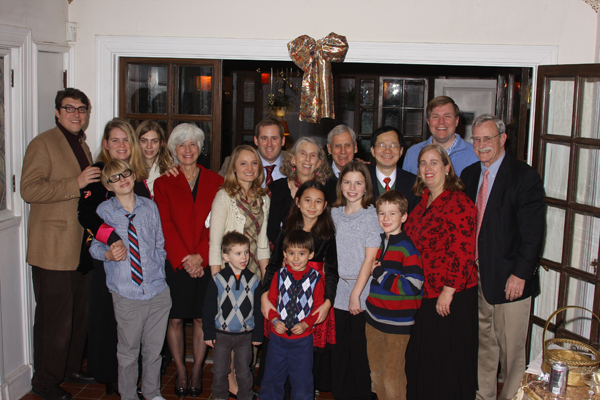 “After the ball was over…”

Congratulations to you Sarah and Ed!

A ‘thank you’ also to Qun, Dellie, and Eddie for sending in the photos and memorabilia.