This New Year brings both happy and sad tidings. It seems that often our musings devolve into a yin yang reporting of births and obituaries, which of course is simply in the nature of things, and this first posting for 2012 proves no exception. To save the happy news for last, we first report the passing on January 3rd of Amie Taney, born Amie Robertson Hollingsworth, in Darien CT. Her brother, Rodger Hollingsworth, was a cousin and close friend of Grizelda Skinner. Amie married J. Charles Taney II, a descendant of Supreme Court Chief Justice Roger B.Taney, the author of the majority ruling in the Dred Scott vs Sanford case of 1857. Here is a photo of Amie giving her toast at the Taille de Noyer wedding of Grizelda Polk and Lemoine Skinner in July 1941. Cal Gatch, 2nd person to right of Amie, is attending more closely than the unidentified reveler next to Amie. 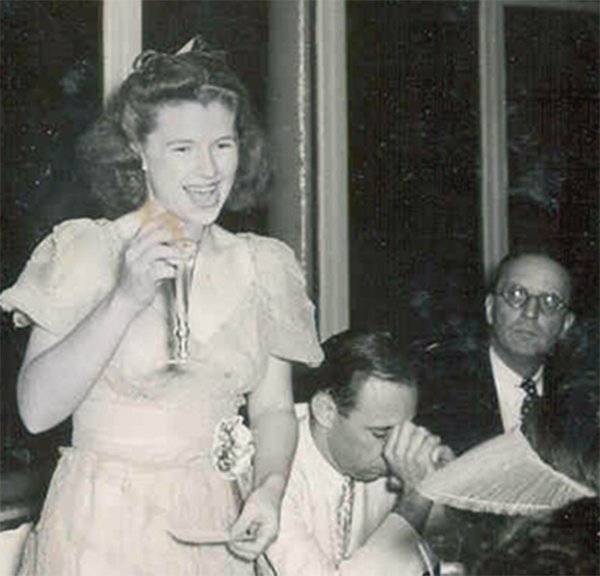 A NYT obituary for Amie can be found here.

Now let’s turn to the bright (i.e. yang) side. Here is the recent, official announcement card, complete with specs, for Henry Polk Easthope – a home run photograph of the new clansman, another reveler deep in thought, clearly a first rate product. 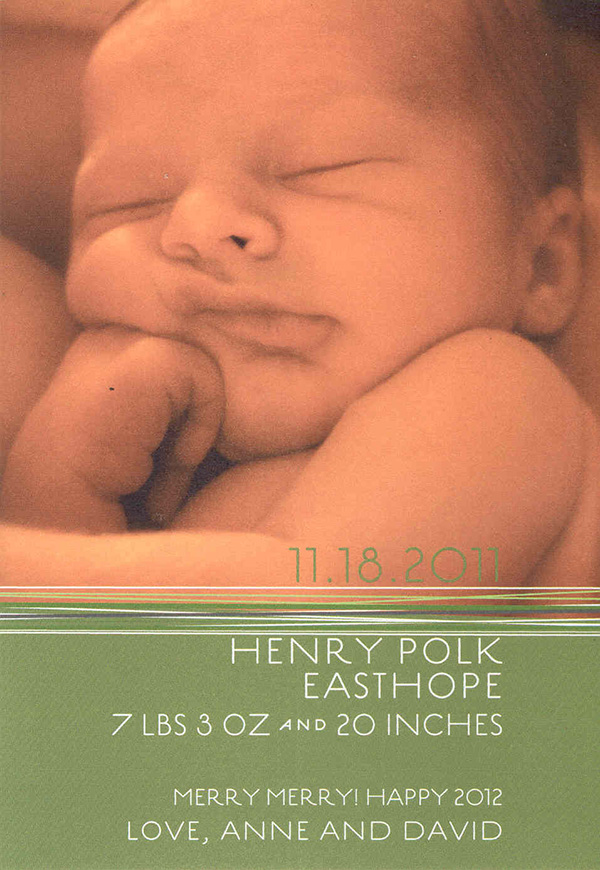 Job well done Anne and David! I for one would like to know what wine David selected to celebrate Henry’s arrival….