Two bulletins for the family. First, our Irish contingent has added another beautiful member to the clan, Maeve Fay O’Toole, born 10 Nov 2010. Gin Cromie has provided this wonderful photo: 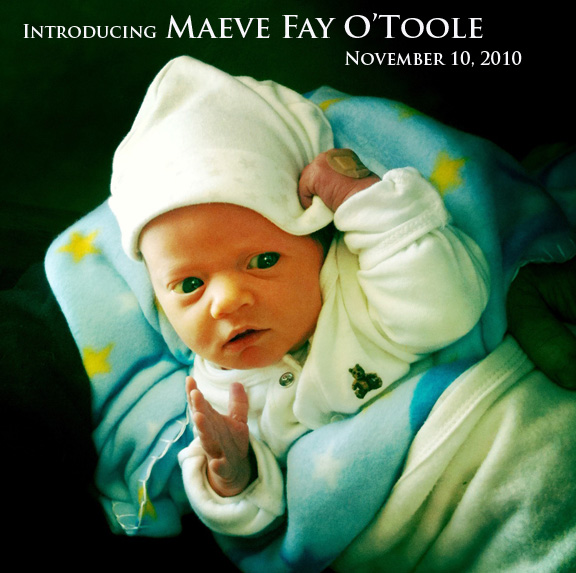 Hold onto your Hats – Maeve Fay

Maeve doesn’t seem to be missing much. Darren will have some serious windsurfing competition before long. Congratulations to the O’Toole/Cromie families.

Back in January you may recall a posting about Bill Cahir, a marine corps sergeant who was killed in August 2009 during Eastern Resolve II, a pre-dawn offensive operation in Helmand Province’s Now Zad district. Bill’s wife, Rene Brown, is a cousin of Hugh Law. Rene was pregnant with twin girls at the time of Bill’s death.

Here is an update from Hugh Law regarding Bill’s family :

“Here is a recent photo taken after the MCM 10K run, which is a shorter event associated with the Marine Corps marathon that is held in Washington annually on Halloween day. On Sarah’s right is RenÃ© Browne, and on her left, MR Stainton. These ladies are all second cousins on the Law side. Their tee shirts have an image of Bill Cahir in his dress blues, playing a guitar, and the name “Werewolf.” Team Werewolf is a group of friends and relatives who ran in Bill’s memory. They take the name from his call sign. All finished the race.

Sarah has the same Columbia University baseball cap as she wears on the Columbia boat in Santa Margherita Ligure. Be true to your school! 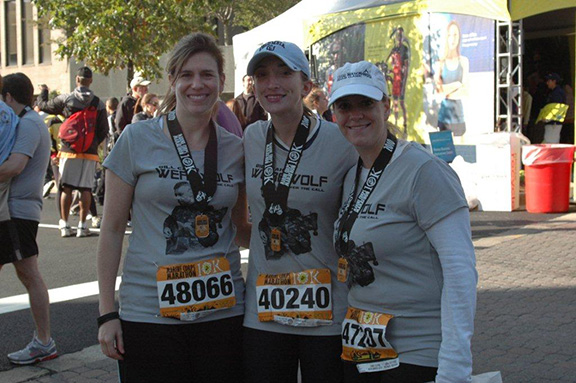 The family celebrates the lives of both Maeve and Bill….