We have just learned that Hugh Law has recently lost a relative, a 40 year old soon-to-be father who was killed in Afghanistan where he was deployed in the Marine Corps. The marine was Bill Cahir (pronounced ‘care’), a Purple Heart and Bronze Star recipient, whose story is inspirational.

In 2001 Bill was working in Washington D.C. as a correspondent for Newhouse News. After 9/11, at age 34, he told his father that he wanted to do something meaningful and he joined the Marine Corps. Because of his age he had to request an exception to the age restriction for enlistees. This was granted and Bill subsequently served two tours of duty in Iraq, first in Ramadi 2004-2005, then in Fallujah 2006-2007. During these deployments he received three military awards, a Navy and Marine Corps Achievement Medal, and two Combat Action Ribbons.

In 2006, Bill married Hugh Law’s cousin, Rene Brown. Hugh and Katherine attended their wedding, a photo from which is included below.

On August 13, 2009 Bill was shot while in an offensive operation in a town called Dananeh, in Helmand Province. Bill’s job had been described as “a community organizer while carrying a pack and a rifle.” The marines were securing the town to allow voting in the Afgan presidential election. Tragically, Rene had just learned that she was pregnant with twin girls.

Hugh has provided this link to a slideshow of Bill’s Arlington funeral and adds this commentary:

Rene’s escort is Bill’s captain, Jason Bresler, his commanding officer in Iraq and Afghanistan and one of the ushers at their wedding. An FDNY fireman in civilian life, he [Jason] was supported by five of his colleagues who came down in their dress blues from his firehouse in the Bronx to support him in getting through the funeral ceremonies and his eulogy afterwards at the Ft. Meyer officers’ club. He speaks briefly in the previous video I sent.

… Rene … was graduated Phi Beta Kappa from Duke, served as an editor on the Georgetown Law Journal, was a clerk to a federal judge on the Sixth Circuit Court of Appeals, and is now a business litigator at Hogan & Hartson, on extended maternity leave. But these credentials are overshadowed by her personal qualities: first-class temperament and character, as well as intellect. She has a calm that borders on serenity and allows her to entertain family and take care of her babies with an awareness of everything that is going on. Her answer to Ann Curry’s question whether she regretted her husband’s enlisting, even now, sticks with me: “No. The character that motivated Bill was such an integral part of his being. His moral compass always pointed true North. That was why I loved him.” May we all be regretted in that fashion by those near to us when we are gone.

Here are some photos of Bill, his family, his wife Rene, and his Arlington funeral. Our hearts go out to Rene, Bill’s parents and siblings, and to Hugh and Katherine.

Bill with his parents after
basic training at Paris Island. 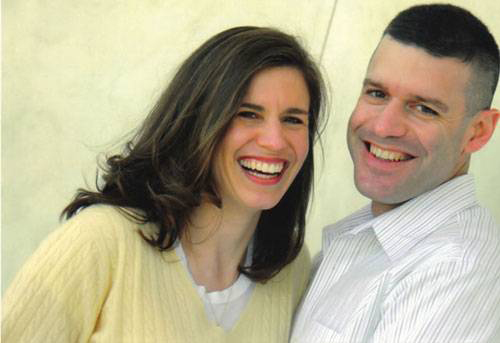 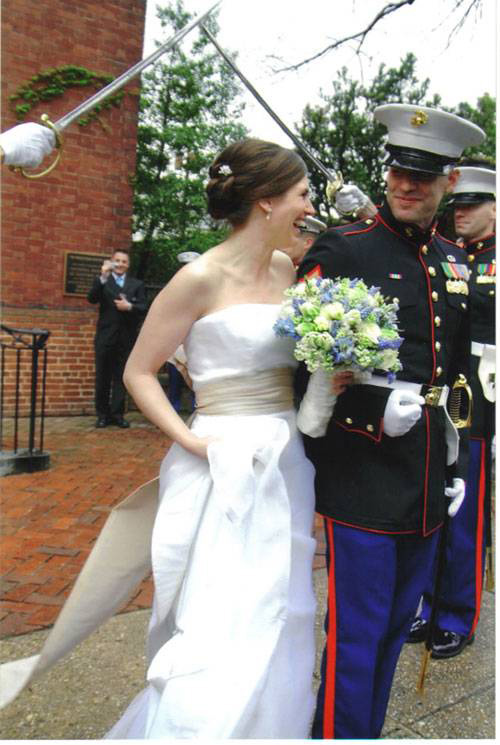 The 2006 wedding at a colonial church in Alexandria
Katherine and Hugh were there. Dress blues and a Vera Wang gown! 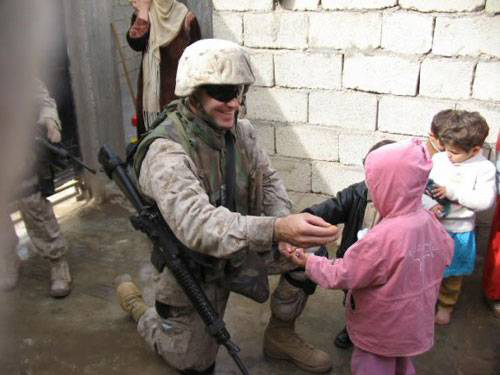 In Afghanistan, deployed with his reservist Civic Affairs Group
in support of combat operations in Helmand province. 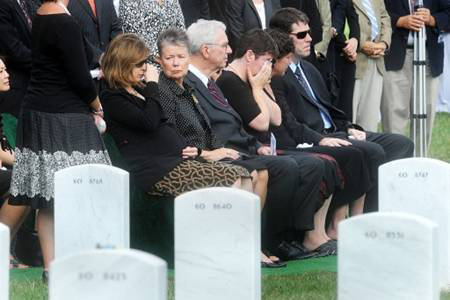 Hugh’s reflections apply: “Who was it who said: ‘We cry when we enter the world. We should live our lives so that the world cries when we leave it”?

Bill Cahir’s Wikipedia bio is available here. A memorial fund has been established – the Bill Cahir Memorial Fund, Box 268, Alexandria, Va. 22313, as well as a web site for donations to the family.