Jack Cromie has always wanted to build a wooden boat. This August, after completing a course in Classics (Greek) and before resuming his mechanical engineering courses, Jack grabbed his chance. He and his brother Bill discovered a two week, hands-on course in wooden boat building at the Great Lakes Boat Building School in Cedarville Michigan. This happens to be five miles down highway 134 from Hessel MI, the old summer stomping grounds of the Skinner/Adams tribe in the Les Cheneaux Islands. These protected waters on the north shore of Lake Huron are a perfect place for wooden boats – indeed, early in the 20th century, the very first mohogany-hulled Chris-Crafts were sold in Hessel at the Mertaugh Boat Works. So it is understandable why one of the premiere wooden boat building schools in the country would locate here. The stars seemed aligned for Jack to fulfill his boat building ambition. The goal? – to make a wooden canoe for the lakes of upstate New York.

Here are a few photos showing Jack and Bill at work, and the end result: The Shashoo – an elegant hand-crafted wooden canoe. 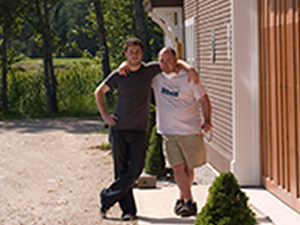 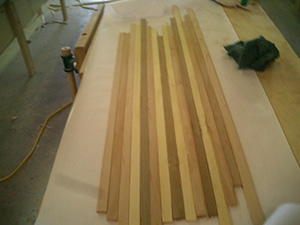 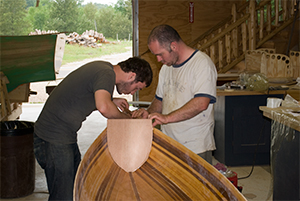 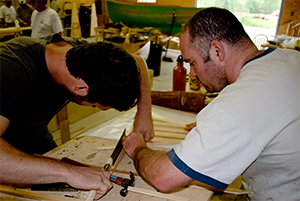 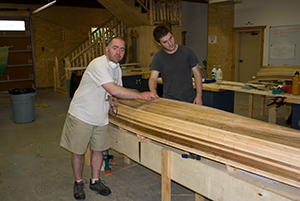 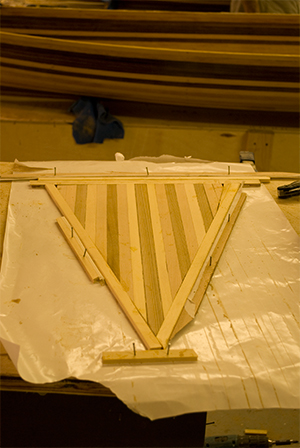 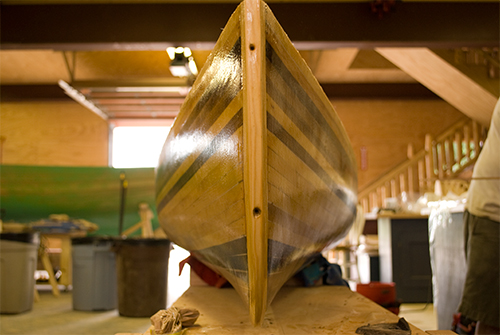 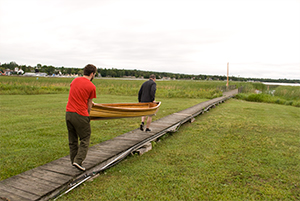 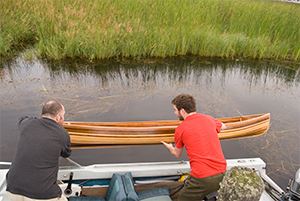 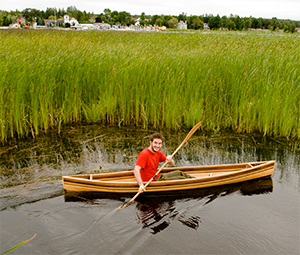 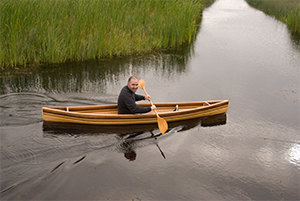 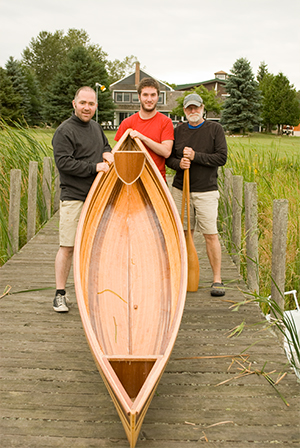 Professor Nichols with his Students 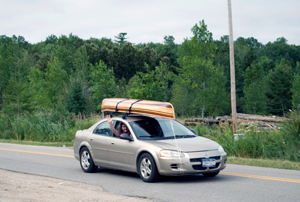 Off to New York with Shashoo

BTW, Lest you think the two weeks were all work, a couple of shots of the Cromies at play: 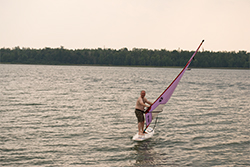 Jack prepares for Half Moon Bay 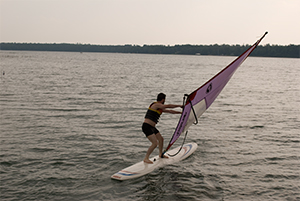 Lookout O’Toole, kitesurfing is next for the Cromie boys!

What did you do this summer?