Our readers will certainly remember the hotly contested (but still undecided) Haiku Competition . Irate Rumpians are clamoring for closure. To date we have been hesitant to disclose details, but as our investigation is finally beginning to bear fruit, we can be more forthcoming. The fact is that someone hacked their way into our site and made off with the Haiku Trophy. However, our security mavens are confident that we are within reach of the Trophy and the culprits. We have been told that it is now permissible to post a photo of the get-away vehicle. This was obtained by surveillance video in the Dubuque Iowa area. 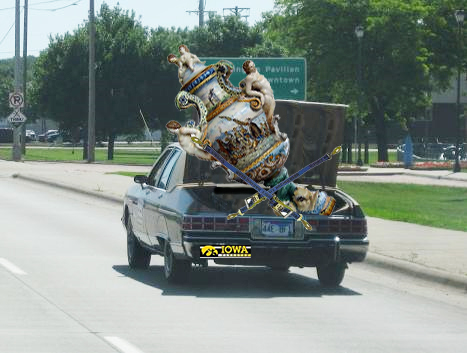 Needless to say, we have spared no cost in this inquiry. Our team of investigators, headed up by Fr. Brown, includes Hercule Poirot, Philo Vance, Charlie Chan, Nero Wolfe, and Sir Denis Nayland Smith (see below). 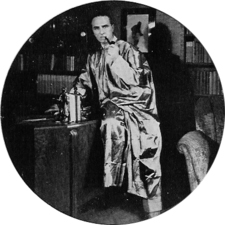 Once restored, rest assured that the Haiku Trophy will promptly be awarded. Details concerning this carefully choreographed caper will be the subject of future posts.

Meanwhile, your patience is greatly appreciated.

The Thanksgiving Posting failed to acknowledge the contributions of two clan members. Aunt Alicia Withers generously supplied turkeys, and John McClelland created and supervised the bonfire activities. Our apologies and a belated ‘Thank You’ to you both!