1st Lieutenant Manning Kalish sends us this update on his remarkable activities as a member of the 10th Mountain Division, Iraq.

This Army division’s specialty is rapid deployment anywhere in the world for combat, especially combat in harsh conditions. Here are some excerpts about the 10th Mountain from Wiki:

During 1993, the 10th Mountain Division [Division Insignia on right.] 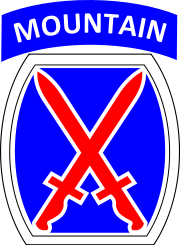 was deployed to Somalia as part of Operation Restore Hope. When Task Force Ranger and the SAR team were pinned down during a raid in what later became known as the Battle of Mogadishu, 10th Mountain units provided infantry for the UN quick reaction force sent to rescue them… The 10th Mountain Division later was deployed to Haiti and Bosnia in the 1990s. Because of the number of deployments, 10th Mountain gained the reputation as the most deployed division in the army.

On October 3 and 4, 1993, in Mogadishu, Somalia, the 10th Mountain Division played a prominent role in the heroic rescue of soldiers following the downing of two Blackhawk helicopters.This harrowing story of urban warfare against Somali militia fighters loyal to warlord Mohamed Farrah Aidid is the basis of the book Black Hawk Down: A Story of Modern War .

Here is what Manning sends in for us: 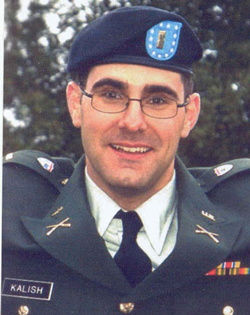 We arrived in Kuwait at the end of the month and conducted 10 days of training, classes/briefings, and to get acclimated to the weather. We then flew North to East Baghdad to begin taking over for the outgoing unit. The battalion we replaced had seen a lot of action due to the situation at that time and partly because of the way they operated. Since we took over around Christmas time for the most part activity has been relatively peaceful. March saw a sharp spike in activity throughout the whole sector with our battalion seeing the lion’s share. While there were some injuries within the battalion, there were no fatalities during that time. Our sector goes from an area called Muthana/Zayuna up to the Northeast to an area called Sharwa Um Jadr or the SUJ as we call it. The Western sectors are very residential and parts are fairly well off with a retired military officers living there. In contrast the SUJ is much poorer and more spread out and less developed. Most of it is quite agrarian. 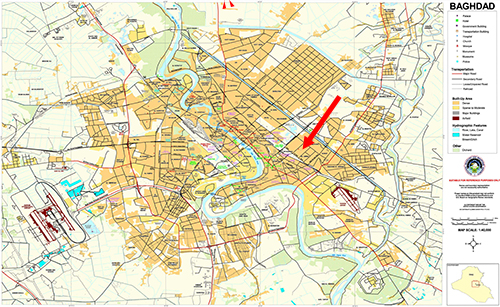 Day to day operations focus on continuing to operate with the Iraqi Security Forces (ISF) mostly the Iraqi Army (IA) and the National Police (NP) and to a lesser extent the Iraqi Police (IP). Generally the IA are the most competent and the NP a little less so. They both function in fairly conventional military fashion. The IP are like regular cops but probably more corrupt. There is also a fair amount of corruption in the NP. The IA appear to be the most immune. I should also add that it can really depend on the unit. The battalion and subordinate leadership (company and platoon level) meet regularly with ISF and civilian leaders to discuss security as well as infrastructure and other projects and issues. The battalion also works on projects, issuing micro grants to local nationals to help or improve their businesses.

Currently we are planning to be stateside sometime around February. After that I don’t know. Some time off. I need to find a car and a place to live and find out what my options are. I think I’ll be stateside for at least a year but I’ve been fooled many times before.

I realize this sounds like a sanitized piece of political fluff. When we get back and there is a little time and distance I’ll put something a little more personal together and throw in a few photos for good measure. Thanks for reading if you made it this far.”

No Manning, Thank You for all that you and your comrades are doing for us. We have the utmost respect for your courage and sacrifice and we all look forward to your followup notes and photos.

Our next Glimpses posting will be from Molly Wynn-Owen and, as a segue, here is a photo of Manning and Molly in the Iranian desert. 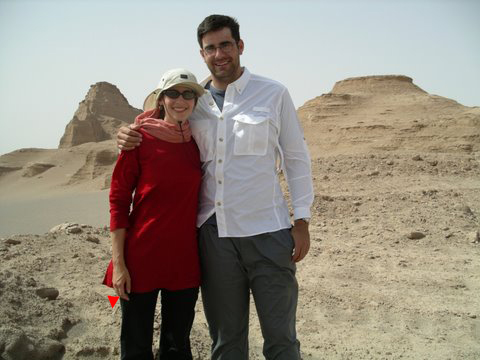