We reluctantly enter full fledged summer with a new, warm weather masthead (above) and news of yet another Mullanphy connection, this branch residing in New Zealand. Dan Mellamphy last visited his St Louis relations in 1992 (photo below) 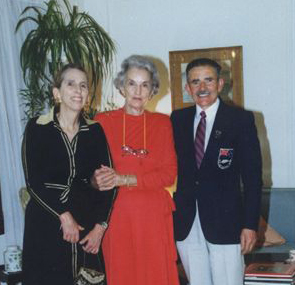 and has kept up correspondence with Aunt Delphine and now Hugh Law since. He has been following OurRumpus and has kindly sent in some interesting photos which we display below.

The New Zealanders and Aussies have done a lot of research on the Mullanphy Tribe, counting over 120 (!) variants of the Mullanphy name and hosting a well researched genealogical website here. 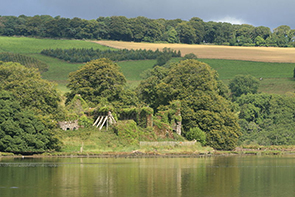 of the Molana Priory (Irish: Dairinis), also commonly called Molana Abbey, a monastic foundation of the 6th century, located on a small island in the River Blackwater in County Waterford, Ireland (see photo, right, by Andreas F.Borchert, CC-BY-SA-3.0). The monastery was refounded as an Augustinian priory in the 12th century. As Dan says: “The reason it may interest your group…John Mullanphy would have known this area quite well around 1790’s.”

In addition he has forwarded a 2001 snapshot of Water Street, Youghal, County Cork, where John Mullanphy is reputed to have lived. 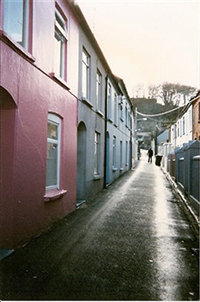 Our many thanks to Dan for providing us with this trove of M[u][e][a]l[l]a[n][m]phy genealogy.

If anyone is interested in getting more information from our ‘Down Under’ cousins, I will be happy to forward Dan’s email address on request.